Moorland restoration picks up pace thanks to generous donor

Stuart Pomeroy surveys an expanse of Peak District moorland and tries to imagine the restoration he will help to fund through a generous cash donation. 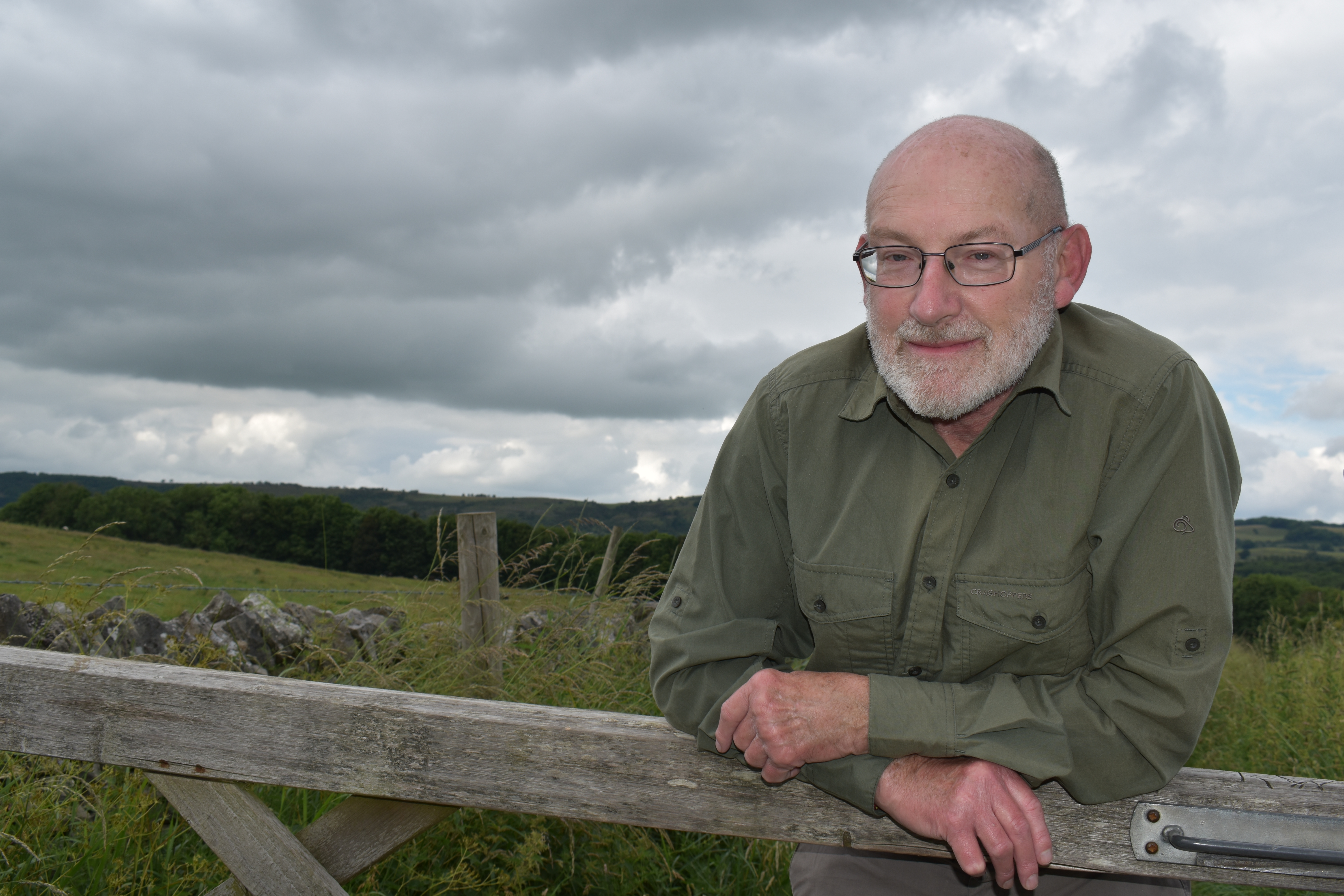 Stuart has donated £16,000 to the Peak District National Park Foundation to help fund Sphagnum moss planting on Alport Moor, near the Pennine Way on Bleaklow.

The work will be carried out by the Moors for the Future Partnership and Stuart’s contribution will fund the planting of 20,000 Sphagnum plugs over an area of 20 hectares. This will be a vital step in peatland restoration to return the blanket bog to an active peat building landscape.

Stuart visited Alport Moor with members of the Moors for the Future team and helped to survey the land ahead of restoration work. He says: “I learned so much as we explored the moor. It’s exciting to feel that I now have a much better picture of where and how my donation will be invested and where the sphagnum will be planted. I’m not sure that I can picture 20,000 sphagnum plugs – but it does sound very impressive.”

Peat is a rich, dark soil which is formed when plants, including Sphagnum mosses, decay slowly in waterlogged conditions. Instead of rotting away, the peat gradually builds up over thousands of years into healthy blanket bogs, covered in a patchwork of specialist plants.

Benefits include cleaner water, flood reduction and carbon capture – as well as providing food, shelter and a home for many animal species, including curlew, red grouse, mountain hare, common lizard and short-eared owl.

Stuart, from York, was inspired to donate after being introduced to the Foundation and Moors for the Future by his friend Adrian Barraclough, then a director at the Peak District National Park Authority.

“Although I live in York, I have a connection with the Peak District in that my daughter, Hannah, and her husband, Will, live in Sheffield,” says Stuart. “Hannah came to Sheffield in 2010 as a university student – and stayed. She and Will got engaged on Stanage Edge and got married in the Peak District.

“Over the years, we’ve had family holidays here – staying in Parwich, Youlgrave and Great Longstone and, pre-Covid, I’d come to the Peak District with Hannah at least a couple of times per year.”

Stuart and his late wife, Tamara, had planned to leave money to charities and good causes after their deaths. But, after Tamara passed away six years ago, Stuart had a change of heart.

He decided that, each year, he would donate proceeds from investments to charity, giving him an opportunity to see the benefits of his charitable giving.

He donates to the local hospice where Tamara was cared for and has also supported SASH, a registered charity preventing homelessness in young people aged 16 to 25 throughout North and East Yorkshire.

Last year, Stuart had planned to visit one of his daughters in New Zealand and, as part of carbon off-setting, donated money to the Woodland Trust.

This year, he has donated to the Peak District National Park Foundation to support moorland restoration through Moors for the Future.

He first gained an insight into what can be achieved in a visit with the Moors for the Future team to Black Hill, near Holmfirth.

The 46 hectare site in the north of the Peak District National Park marks the summit between the Longdendale and Holme Valleys. Much of the moorland vegetation had been lost due to 150 years of air-borne industrial pollution and wild fires – leaving only bare black peat.

Conservation work started in 2003 through the Heritage Lottery Fund scheme. The work was built on by the MoorLIFE project, which saw 50 million sphagnum fragments spread on the moorland to re-introduce Sphagnum moss.

This encouraged other plant species to return, transforming the degraded ‘moonscape’ of 20 years ago to a habitat now enjoyed by wildlife and walkers alike.

Peak District National Park Foundation manager Sarah Slowther says: “We’d like to thank Stuart for his extremely generous donation. This is a significant, transformational donation for us, as a small, quite new charity.

“It really will have a positive impact on the restoration work on Peak District moorlands, providing long-term benefits for nature and climate. We’re extremely grateful to Stuart for enabling this conservation work.” 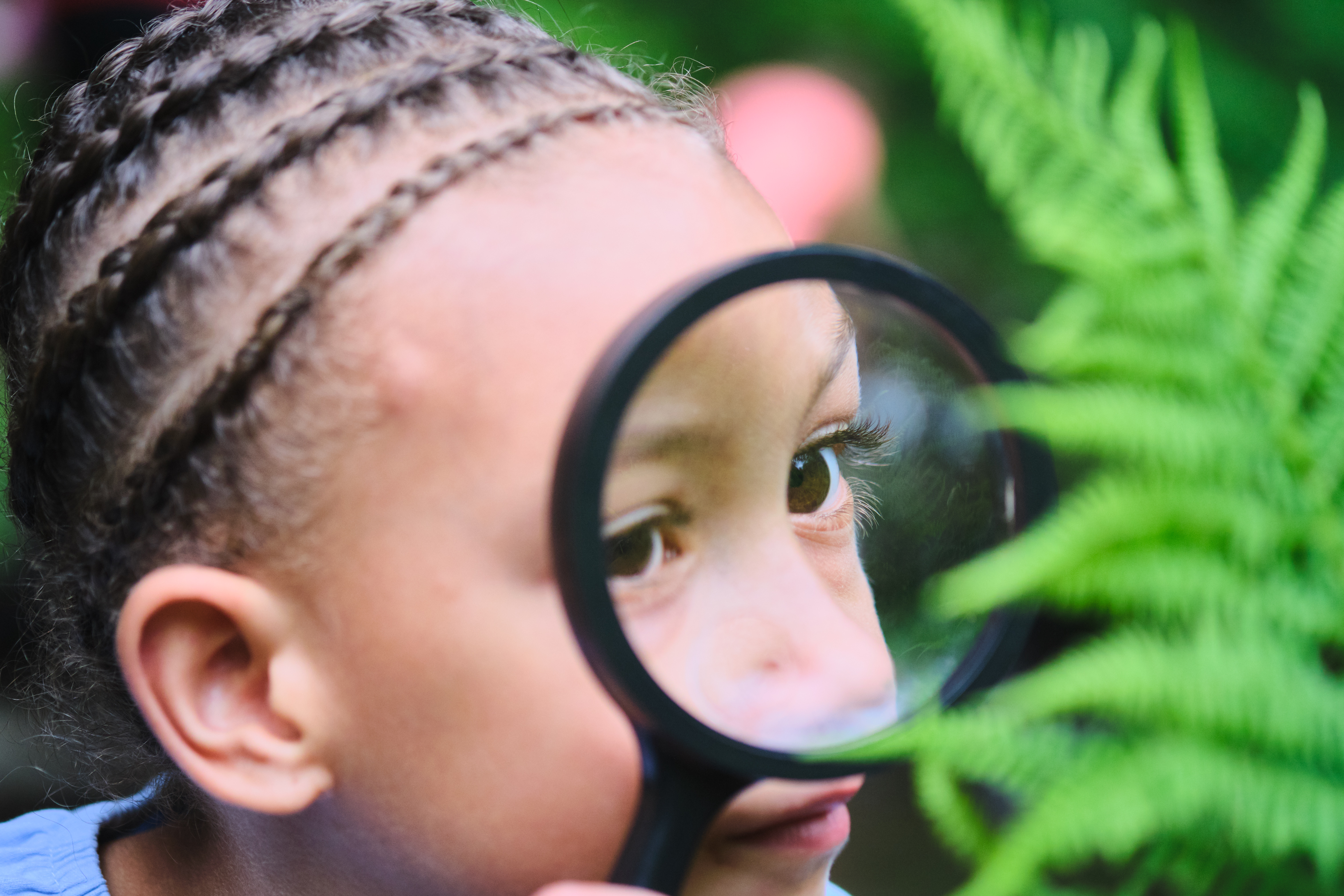 Can you help more children connect with nature?